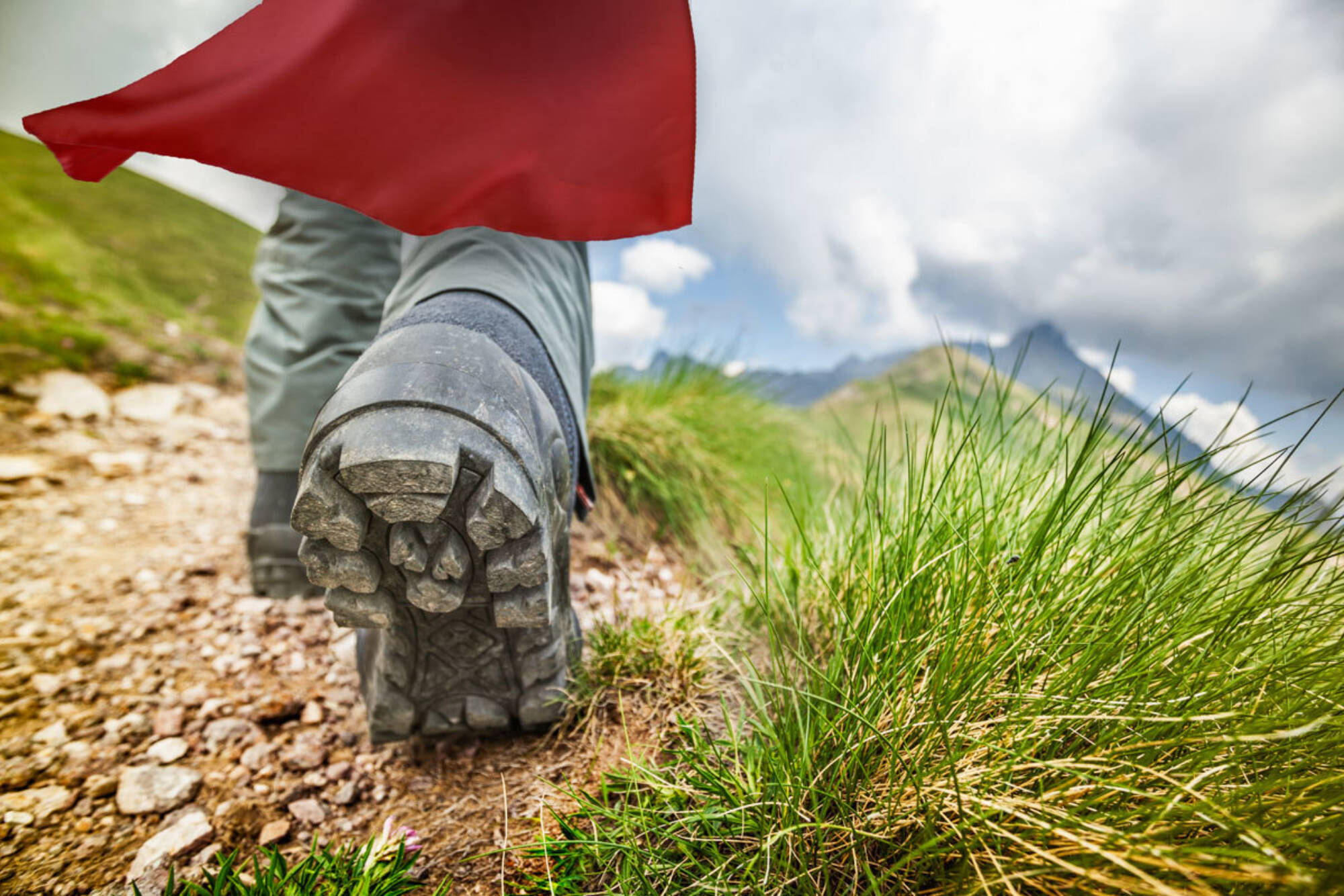 A walk on the wild side

Working in marketing doesn’t always mean big brands, high concepts and full-blown creativity, and a copywriter soon learns that waxing lyrical about every product, or slipping a classical reference into every headline, is neither feasible, nor appropriate. It’s one of Dynam’s cornerstones – clear thinking – and it was how I was trained at the beginning of my career by the great Judith Donovan* - to never be clever at the cost of being clear. It’s something clients should be aware of, too.

A case in point occurred a few years ago when I went shopping for a pair of walking boots. I live in the Outer Hebrides, in a house at the top of a wrecked stone path, and walking, whether on or off piste, usually involves rough terrain. So I don’t want anything nancy; I want good strong soles, thick leather, ankle support, waterproofing and grip. My destination was the Fisherman’s Co-Op, which specialises in doughty footwear and clothing for the hardy outdoors.

I was immediately attracted to a pair of working, rather than walking boots, that ticked all the boxes; rejecting the mantras of my chosen profession, I bought a pair of boots that lacked a headline to support the sales proposition, or indeed, any campaign at all: no elegantly-shot leaflet on gloss stock, no strident poster nearby proclaiming their virtues. All they had was a couple of tiny little labels tied to one of the laces. I didn’t even bother to read them until I got home.

But a copywriter is a copywriter through and through, and words cannot be ignored, so when I went to put them on properly, I read the little labels. The copy, intended for builders, oil-riggers and other hard labourers, was ground down to a terse grouping of bullet-points.

These boots were waterproof and wouldn’t let water in unless the wearer exceeded a depth of 5 inches. The hard rubber soles were slip resistant – good – and oil-resistant – I didn’t quite understand the value of that, but guessed the target market would. They were anti-static, and the steel toecap could withstand electric shock up to 450 volts. They wouldn’t melt in temperatures up to 350 degrees, or some such fantastic figure. They had a mid-sole steel plate for chainsaw protection.

With marvellous credentials like that, the concept was simple - those boots were made for working, and that was the campaign. When I walked out in them, I felt like Superwoman. If, in the course of walking the dog, I encountered a blazing car leaking oil into my path and melting the tarmac, a live electric cable dancing across the road, razor wire strewn across my path, a Texan wielding a chainsaw, and the waters of a burst dam flooding towards me, I would not be burned, fried, cut, boiled or drowned; I would not slip or fall over, my feet would be supported - at room temperature - through every challenge, and my boots would lead me unscathed through every catastrophe.

Those few bullet-points constitute one of the best examples of working copywriting I’ve ever come across - lean, mean, accurate and perfectly-pitched for the target market. They correspond perfectly to the Dynam ethos of clear thinking - examine your product, describe it and deliver its essence in the right language and tone for the people who want to buy it.

In a happy conclusion, the boots found their way back to the target market when I sold them after four years - still looking almost unscathed - to a young woman who worked as a labourer on vernacular building sites. I remember them because in hitting an outside target, they gave me the walk of my life.

* Judith Donovan CBE formed her marketing and advertising agency in Bradford, West Yorkshire, in 1982, having begun her formidable career in marketing and public service as a groundbreaking mail-order copywriter. She now chairs several boards, has won many awards, and runs her consultancy and public speaking business, DIY Direct Marketing, from Ripon in North Yorkshire.