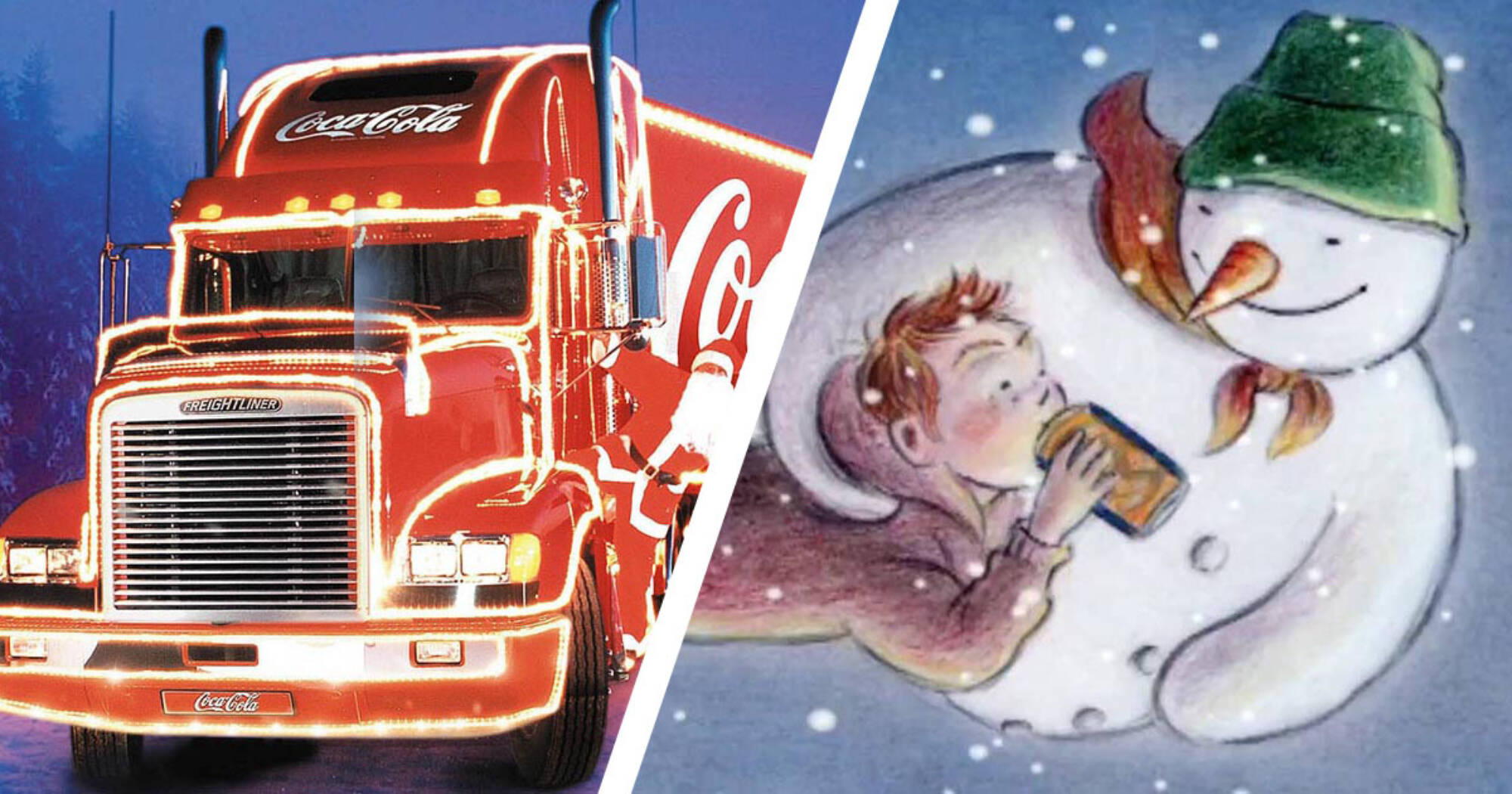 Christmas ads are designed to get consumers in the proper festive shopping spirit - and nobody loves a good Christmas campaign better than Dynam! Here are some of our top ad choices for generating that Christmassy feeling, making us laugh, and getting us to think festive thoughts!

Iru Bru’s advertising has always been hallmarked with distinctive Scottish humour and personality. In 2006, the brand took on the challenge of creating a Christmas ad - and smashed it in true bru fashion!

Originally aired in 2006, this sideways take on The Snowman - already a festive season icon - instantly grabbed Scotland’s attention and has run during every festive season since. In its first year, the ad only got Scottish TV airtime, but fast became a Youtube hit, crossed the border and was released across the whole of the UK in 2007!

Irn Bru really wanted to do something special to mark their entry into the Christmas ad scene. Once the idea to remake the Snowman the Irn Bru way was greenlit, they enlisted the services of original Snowman composer Howard Blake and Snowman Enterprises to bring it to life. By this time, Aled Jones couldn’t quite hit the high notes anymore, so Irn Bru drafted in the help of one Scotland’s top choirboys from the prestigious St. Mary’s. The ad cost £250,000 to make.

For 2018, a long-overdue sequel has been released - taking us beyond the cliffhanger ending which has lasted over 10 years! Featuring more seasonal Scottish images, including Dundee’s V&A museum, the fight in the winter skies for the can of Irn Bru takes another dramatic and unexpected turn…

“As a big Irn Bru drinker… I absolutely love their Christmas advert! It makes me want to crack open a can (and watch my back in case a big bad snowman wants to nick my bru). In my house, it’s always a phenomenal Christmas with Irn Bru around!” - Kirsty (Marketing)

The History Of Coca Cola and Christmas Ads

For almost 90 years, Coca-Cola’s Christmas ads have been a vital part of their festive marketing strategy. In 1931, illustrator Haddon Sundblom was hired to create the portly, jolly Santa that has become so iconic today. Before the campaign, St. Nick was portrayed in many different ways and colours, usually wearing a fur coat. Since Coca-Cola’s Santa incarnation was coined, the company’s entire Christmas strategy has been built around him - and the bright red tunic and snowy beard is now the definitive Santa representation.

First released in 1995, Coke’s most famous Christmas ad, “Holidays are coming” has become a symbol of Christmas across the world - and in 2014, it was voted the UK’s favourite Christmas advertisement ever.

Only three trucks were actually used to create the original ad, each covered with 30,000 light bulbs. It was filmed over four days in Vancouver, Canada, and featured a cast of around 40. In post-production, Industrial Light and Magic, the George Lucas owned special effects company behind Star Wars and Indiana Jones, was hired to up the magic factor - with spectacular results. As a classic vehicle - pardon the pun - for getting in all the traditional Christmas elements - Santa, the sleigh, snow, reindeer, Christmas trees, smiling children et al, it’s a hard one to beat!

“This is my favourite Christmas ad of all time - without a doubt! It’s got Santa, snow and nostalgia rolled into one. When I see it on TV I know that the ‘holidays are coming’.” - Alan (Marketing)

Since 2007, John Lewis’s big budget Christmas ads have been something of a seasonal event, but it wasn’t until 2011 that they took the crown as King of the Christmas ads with ‘The Long Wait’. This kickstarted their eagerly anticipated emotive festive campaigns - adding pressure each year to deliver the goods, and succeeding every time.

In 2016, ‘Buster the Boxer’ broke the tearjerker tradition with a different direction which delivered huge viewer response. Buster’s antics warmed the hearts of everyone who watched the ad - not only did the number of searches for trampolines go up on John Lewis website, but people were looking for boxer dogs too - which John Lewis don’t sell!

‘Buster the Boxer’ became John Lewis’ most successful ad to date, and is one of the top 10 most shared online Christmas ads of all time, clocking in at over 1.76 million shares to date, and almost 28 million online views. The campaign cost John Lewis a massive £7 million and went on to win a Graphite Pencil award from the D&D Awards. Woof!

“The Buster The Boxer ad has some of the best animation that even big budget films would be jealous of. Plus, it's a story that everyone will love!” - Sarah (Branding)

With Christmas adverts rising in popularity with the British market, Aldi decided to join the contest in 2016 - with great success. The instant popularity of Kevin the Carrot went on to spark subsequent Christmas campaigns parodying other famous festive season ads such as Coca Cola’s “Holidays are coming”, which also referenced the iconic cliff-hanger ending of The Italian Job. It even played on the consumers’ excitement for the annual return of the John Lewis Christmas ad!

The Launch of Kevin The Carrot

Aldi’s 2016 bid to take on the ‘Big Four’ supermarkets followed the adventures of Kevin The Carrot on the night before Christmas. Deftly written with a dark, funny twist in the tale, the story and character captured the imagination of children and adults alike and won Aldi instant festive kudos.

In one day, the original ad chalked up a whopping 786,000 views, 18,000 likes and 8,000 shares on Facebook. It was so successful that sales in December grew by 15.1% and it helped to attract an additional one million new shoppers to the store. Aldi also dedicated 100% of the profits raised from selling Kevin The Carrot plush toys to their charity of the year, Barnardo’s. We’re still waiting for the study on children refusing to eat their veggies after the ad went live in 2016!

"I’m slightly biased as ALDI were one of my clients at the time of the first Kevin The Carrot video, but I think it’s still one of the best Christmas adverts out there! It’s the perfect balance of storytelling in advertising: an adorable character, use of humour, positioning the products as the set rather than the main topic of the film, and it taps into seasonal nostalgia by using the Home Alone backing track." - Catherine(Marketing)