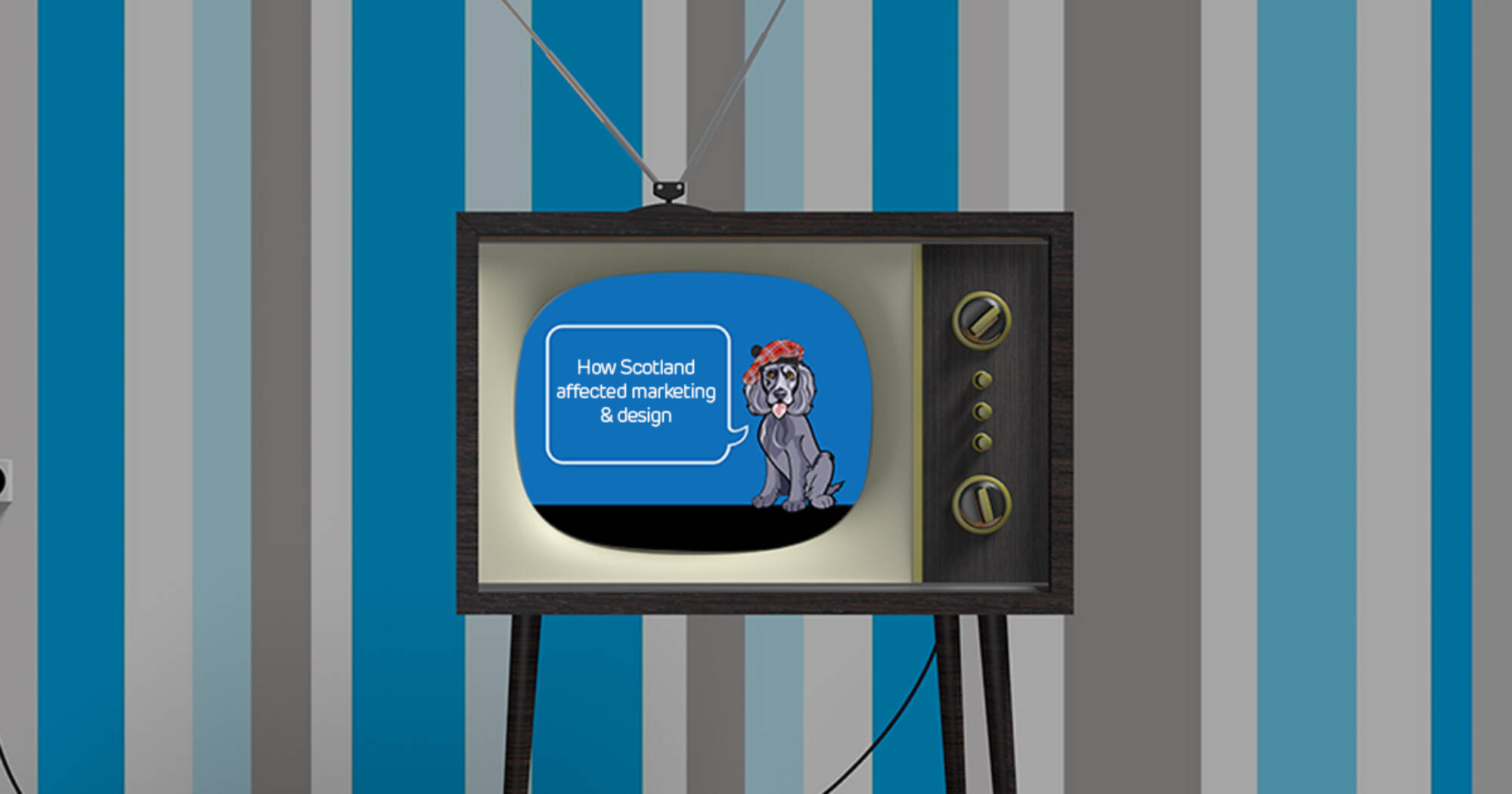 Where would the world be without the Scottish? We’re more than ceilidhs, whisky and Irn Bru - although that does sound like a good night out. We gave the world penicillin, the cure for malaria, Radar, the steam engine, the first steam-powered boat, refrigeration and The Bank of England… Yet these are only some of our country’s great achievements. We’ve also influenced how the world sees and communicates. Here are four ways that Scotland has influenced modern marketing and design:

In 1925, a Scottish engineering legend by the name of John Logie Baird presented the first-ever demonstration of a working TV. For many, the television brought a chance to see things they never thought possible - movies without going to the cinema, sports matches without going to a stadium. And for marketers - it brought the opportunity to engage with people and demonstrate their products to whole countries.

One of Scotland’s greatest gifts to modern design was colour photography. The discovery was made by Scottish physicist James Maxwell Clerk in 1855, who brought to light the ‘three-colour method’ for colouring images - what we now know as RGB. The first-ever colour photograph was of a tartan ribbon. His theory is still the foundation of most colour processes today and was essential for developing design as we know it. Using his studies into colours and waveforms, the process would also go on to pave the way for colour film.

Where would we be without mobile phones today? They are essential compact computers, sometimes seen by newer generations as extensions of their own bodies. In recent years, the mobile phone has become one of marketing’s greatest tools, with the capability to give a full marketing experience through omni-channel strategy, and tap into consumers’ lives on an intimate level. Scotland’s Alexander Graham Bell invented the world’s first telephone in the 1870s and without it - who knows what the future of telecommunication, social media and emojis would hold?

The original Google - but with less ‘fake news’ - the Encyclopedia Britannica published its first issue in Edinburgh as three volumes between 1768 and 1771. Britannica was also the first of its kind, being the first encyclopedia to be written in the English language. Before the internet, Britannica was a rich source of information and the go-to choice for people in all walks of life. In 2018 it released a plugin for Google Chrome to pull in information as you searched it - much as Google does with Wikipedia. However, Britannica will not be contaminated with false information.

Wow - what a talented bunch!