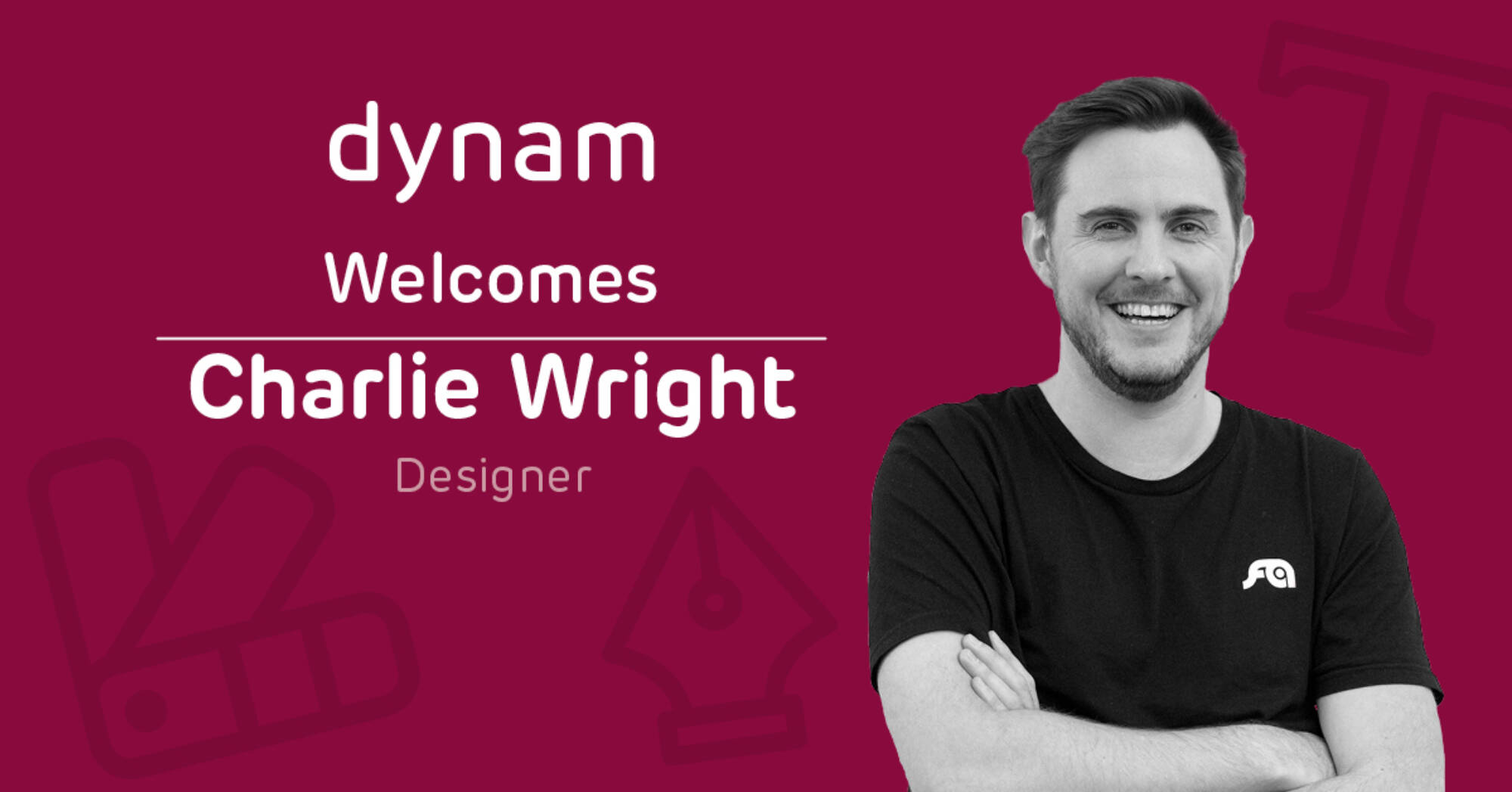 Charlie joined Dynam as part of our design team. After a childhood spent in Tunbridge Wells, he went on to study Illustration at Solent University, Southampton.

After graduating, Charlie worked as an intern for London-based agency Cubo before being appointed lead designer at hospitality and events company, The Columbo Group, where he produced branding and promotional material for nightclubs, bars, festivals, restaurants, and anything else that fell loosely into the ‘nightlife’ category.

After turning freelance, he worked wherever the wi-fi signal was strong enough. His experiences include living in the French Alps for three years as well as spending a summer in Berlin. In between honing his design skills, Charlie has also been fortunate enough to travel, DJ-ing in quite a few places around the world.

Eventually, he met a Scottish girl in the French Alps, who convinced him to move back with her to the Highlands. Fast forward three years and Charlie has landed in Inverness and is now firmly a part of the Dynam team. Charlie thinks that the best things about working with the team are cake, dogs and cool projects - in that order.

Away from the job, Charlie’s childhood interests in music and snowboarding have followed him into adulthood, joined by mountain biking and cooking. His dream brief would be a project called Around The World in 80 Plates, involving visiting a different country each month and producing a graphic or illustration inspired by a local meal. If you would be interested in funding such an activity, you know who to contact!